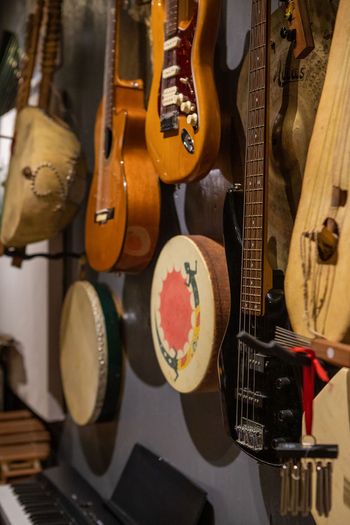 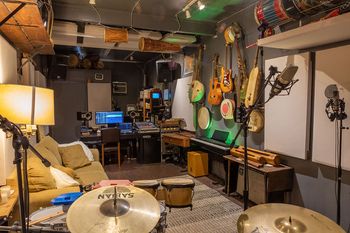 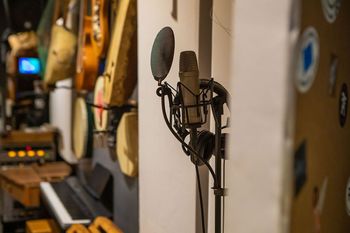 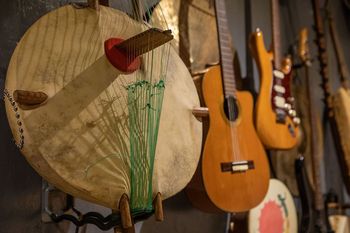 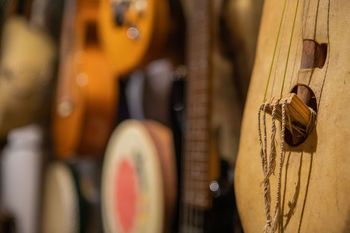 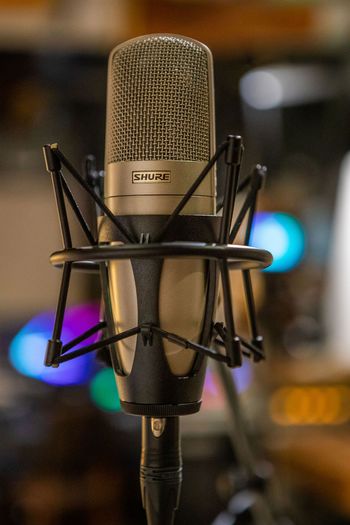 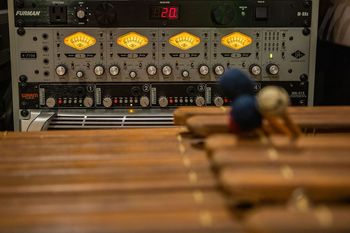 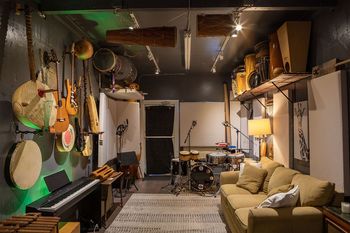 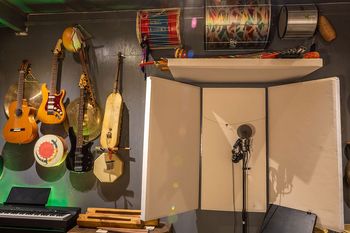 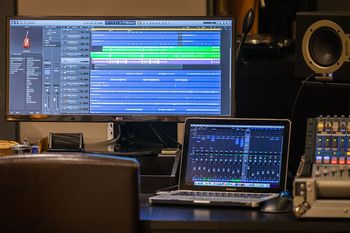 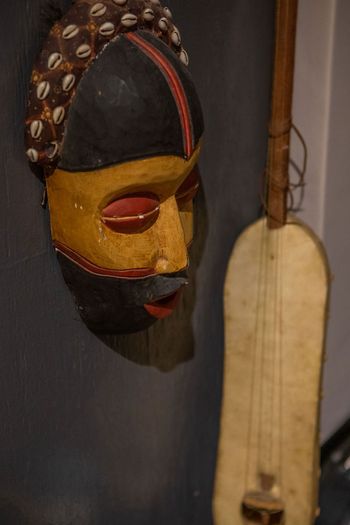 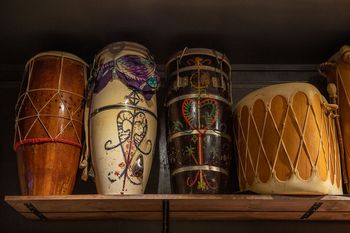 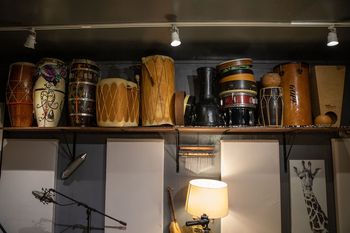 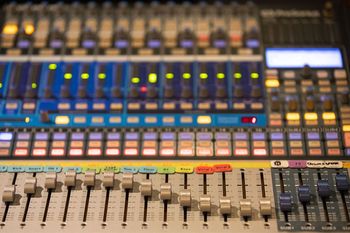 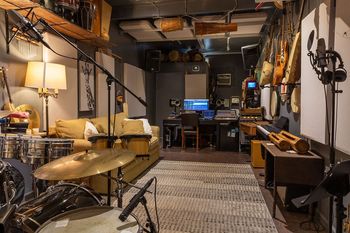 A small but mighty recording studio. Simplicity is key here. It is equipped with the same technology that forms the foundation for all high-end recording studios. This studio will help create a big professional clean sound for your project.

Story of the Studio

Back in 2017 Trevor opened his own project studio and office and named it Studio 6a. For the next 4 years he produced albums for himself and other local artist, created live music videos, and gave music lessons all while building a world music studio of his dreams. Trevor worked on projects with Janis Ian, Steve Arvey, Brandi Sparks, Zyla Sol, and created videos with Jah Movement, Ariella. and other top local artists.

Recently in July, 2021 Trevor renamed the studio to Blind Rooster Studio, and announced its opening to the public.